Skip to content
Home » Blog » English » When does a stereotype change? 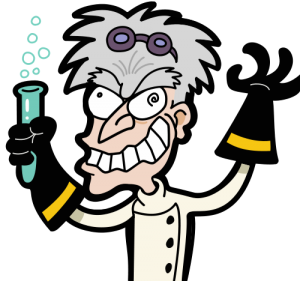 The stereotypical “mad” scientist. From Wikimedia.

There has been a lot of talk the last week or so about a study published in the Journal of Educational Psychology showing that despite an increasing number of women most of us still picture a scientist as a man. As one of the authors of the study writes in a very thoughtful article for The Conversation:

Ask a kid to draw a scientist, you’ll probably get a man in a lab coat.

A white man, we might add. And given the amazing diversity that does exist in science, beautifully exemplified by the RSC’s 175 Faces of Chemistry, this stereotype is unfortunate and probably discouraging for many young women who would like to pursue a career in science. But arguably the most wrong thing about this picture is the lab coat. How many scientists wear that? Not even I, who, as a … chemist, really should be wearing one, do. But what has been grabbing attention is that the picture is of a man.

Close your eyes and imagine a scientist: peering into a telescope, flicking a glass vial in a lab, or sitting at a computer typing out a grant proposal. Did you picture a man or a woman?

writes Science Magazine. Well, most scientists are, still, men, and given the binary choice of drawing a scientist choosing a man makes sense. In all of the studied countries, with the exception of Argentina, the majority of researchers are men. 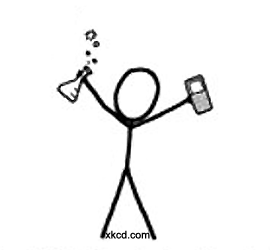 However, although this is the way the result is presented, even by the study’s author, this is not really what was investigated. The study was an implicit association test, where the task is to pair up words as fast as possible to reveal biases you might not be aware of. Here there is no binary choice and ideally we should be open minded and show no particular bias. But we do – almost all of us. Knowing about this is important, since armed with that knowledge we can make a conscious effort to counteract the implicit bias.

The bad news in the study is that there is a very weak correlation between implicit association and the number of women in the scientific workforce. Better news is that a higher number of women in undergrad science studies correlates with a lower implicit bias. The authors suggest that changing stereotypes is a slow process but that seeing more women in science will change peoples attitudes.

And we should not fool ourselves into thinking that this bias is something that affects only women. The situation is probably even worse for other minorities. Doing a google image search for “scientist” the first result I get is a woman. The first person of colour is much further down the list. We have a lot of stereotype changing to do.

But hearing and reading the reports about the study I wondered why people seem so surprised by the results of the study. Sure, we want it to be different, but despite our good intentions, idealism and wishful thinking, can we really expect stereotypes to change before reality?