Recently Poland grudgingly accepted to receive 2000 refugees over two years. Two thousand! And still people here are complaining that Poland is a poor country and we can’t afford to accept more immigrants. Rubbish! Notwithstanding the fact that the fertility rare is a paltry 1.3 children per woman and young people will be desperately needed, one can only read in the latest Economist for a bit of perspective:

Roughly 270,000 asylum-seekers have reached Europe by sea so far this year. That is more than arrived in the whole of 2014, but it is still only one asylum-seeker for every 1,900 Europeans—and many will be turned away. Much poorer parts of the world have seen far bigger inflows. Tiny Lebanon has welcomed 1.1m Syrians, roughly a quarter of the local population. Turkey has taken 1.7m. Tanzania, a country where the average income is one-fiftieth of the EU’s, has hosted hundreds of thousands of Congolese and Burundian refugees for decades, with few complaints.

Look at the diagrams below and then claim that we cannot afford. Poland is not even visible on this scale. Poland would need ten times as many refugees to even end up on the level of our German neighbours. 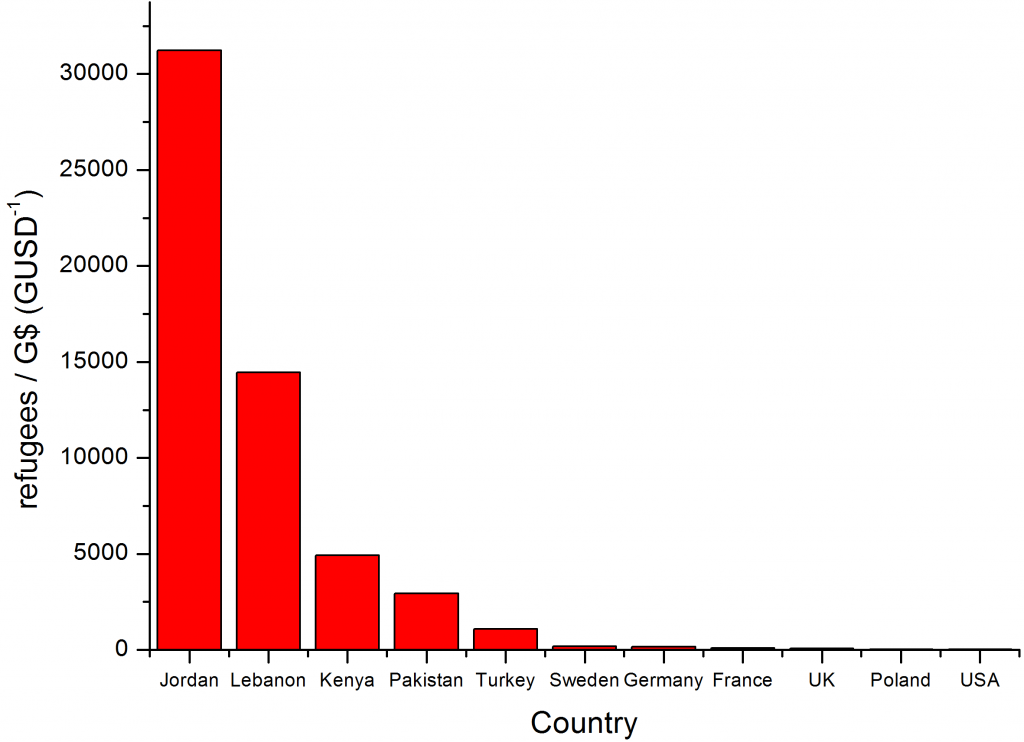 Number of refugees per billion dollars of GDP (PPP). Data from Wikipedia.

To even see the Polish contribution we need to use a logarithmic scale. Sure, the numbers from Wikipedia maybe are not that accurate, but there are orders of magnitude separating us from countries like Lebanon, Kenya, Turkey. And whey I say us… Sweden is exemplary in comparison to Poland, but then again… we’re a factor ten behind Turkey, and another ten behind Lebanon. So all you SD-“We can’t take more”-people; Just fuck off! What we are doing is exporting the problem to poorer countries. Forcing those who have little to have less. The result is dying people trying to scratch their way out of closed boats and lorries. 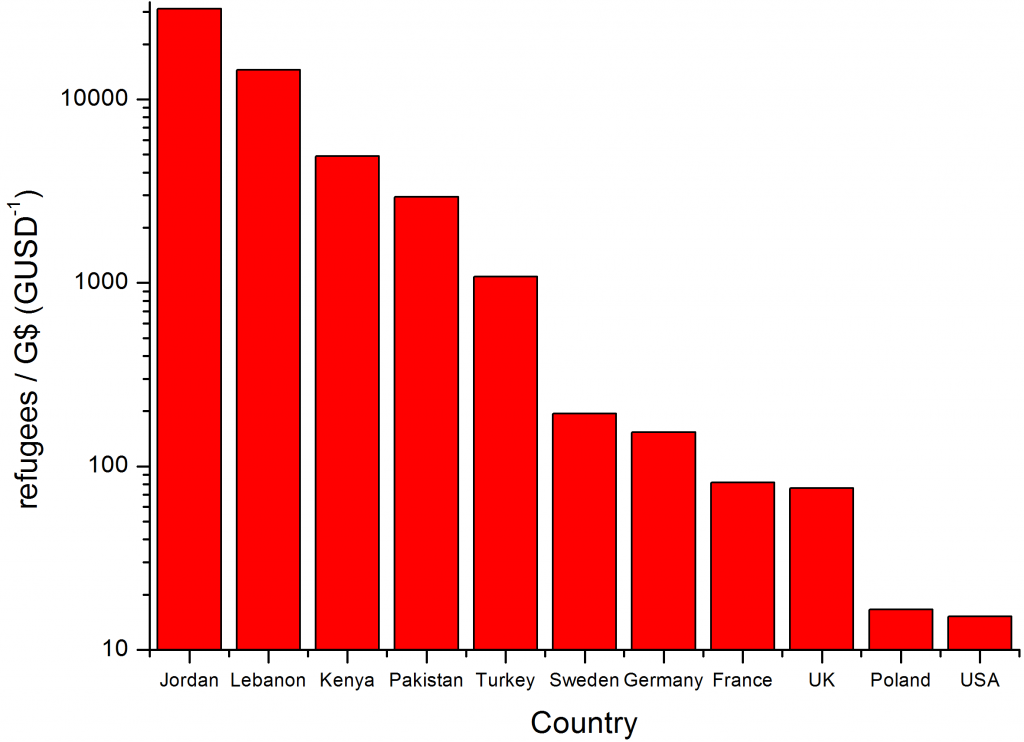 “But Sweden is small and we already have more refugees than other countries.” Oh, yeah? Some other countries, yes. But we’ll still need the bloody log-scale to compare… 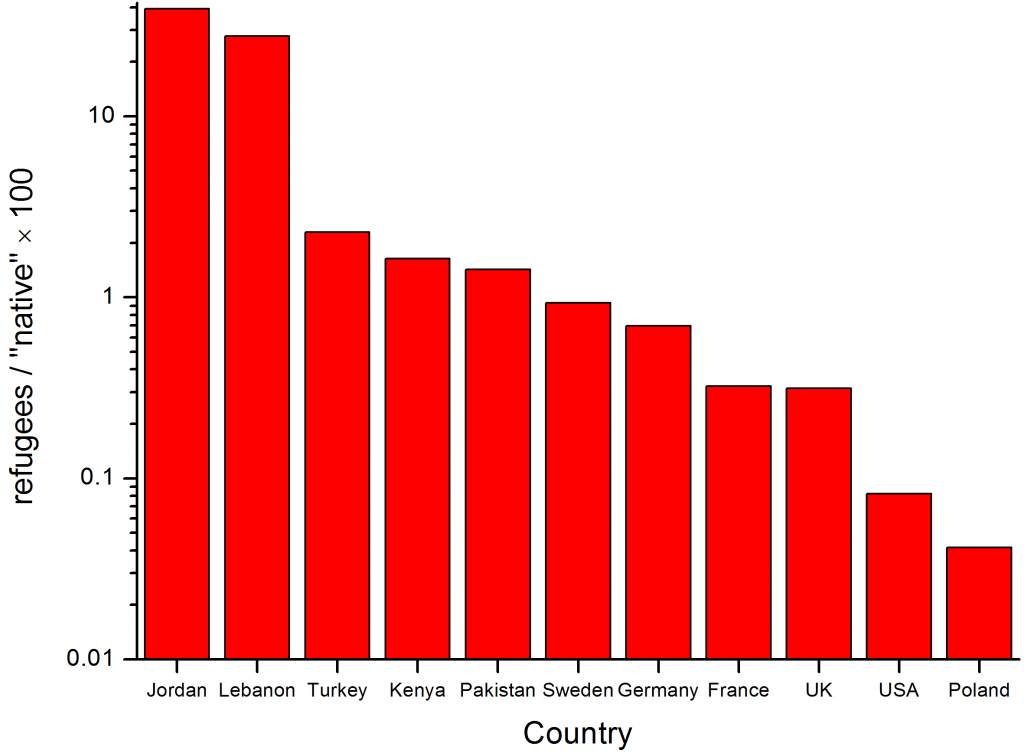 And not to mention Poland. Poland have no foreigners. Well, we are in the error margin of a normal count. But, no! There’s a huge problem with racism, xenophobia, anti-Semitism and what-not. Apparently Poles think 14 % of the population are foreigners.  WTF is that? Have they ever looked out the door.

There is no easy solution to the refugee crisis, but to say we can’t afford it is just a lie!

2 thoughts on “We can’t afford more…”