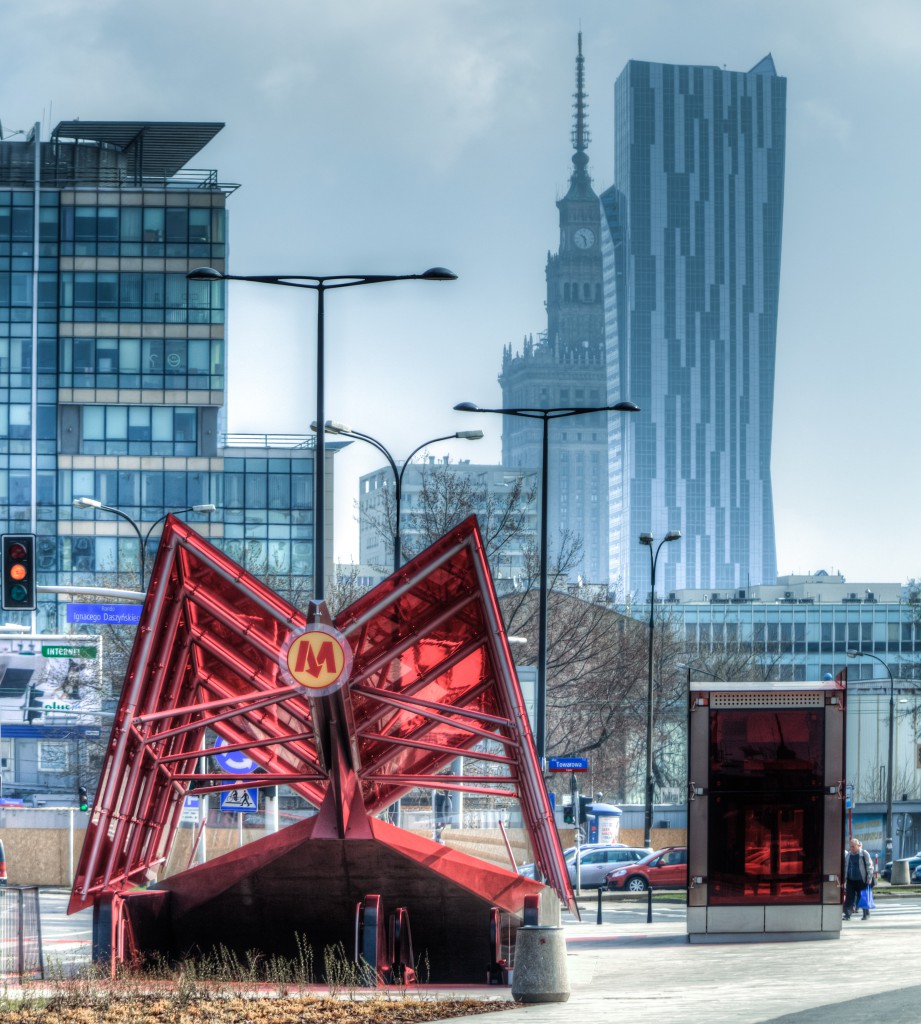 The M-shaped entries to the new metro line.

The second metro (subway if you wish) line in Warsaw has been under construction for the last five years now. It has been delayed over and over, but finally, in the beginning of March 2015 it opened. The opening itself was a bit strange. It was done with very little fanfare with just a weeks notice. Maybe because a grand opening planned for December 2014 had to be postponed.

The new line has a mere seven stations. Together with the 21 stations on the old line the system is not very big. I decided to go through the whole system and photograph every station. Since they all have different colours and details I thought it could be quite fun. And manageable in a day.

So, I started from Rondo Daszyńskiego and travelled the new line to the other end at Dworzec Wileński. The I back-tracked to Świętokrzyska, where the crossing with the old line is and took that north to the terminus at Młociny. If the stations on the new line are very similar, at least they all have different colours. 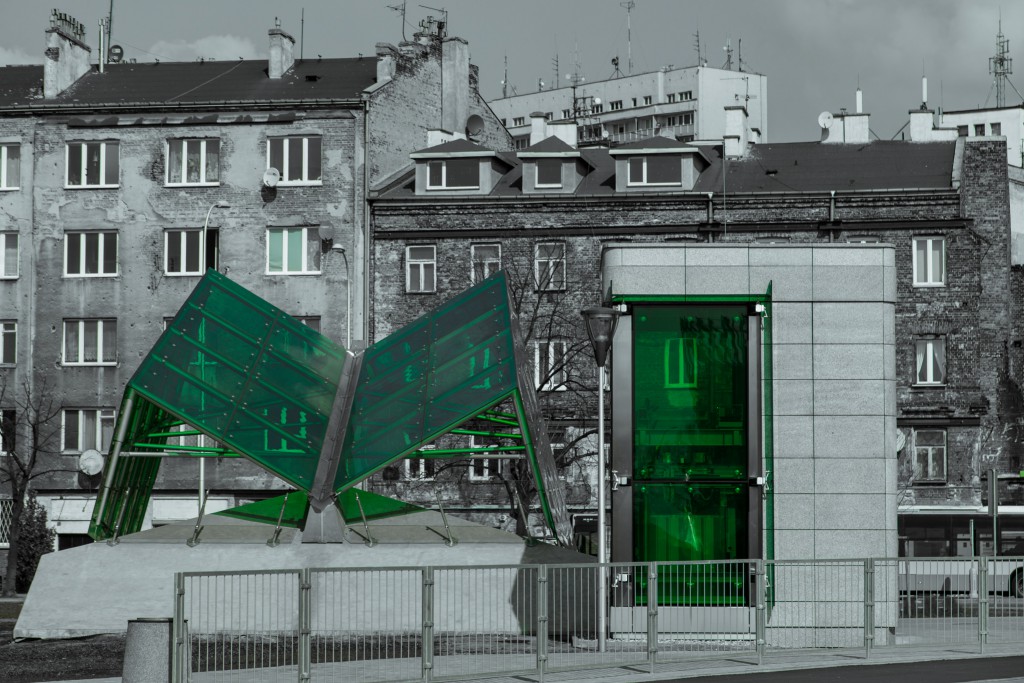 The green at the National Stadium is quite nice.

The stations on the old line are mind-numbingly similar. There are exceptions, of course. The somewhat overrated Plac Wilsona (yes, named after president Woodrow Wilson) was once named the most beautiful in the world. The biggest station, Centrum, at the crossing between Aleje Jerozolimskie and Marszałkowska has this shopping level that always seems to be more or less deserted. Outside is an open space charmingly called Patelnia (Frying pan) where people are hurrying by, and more often than not, a guy is standing and randomly hammer on a piece of furniture. 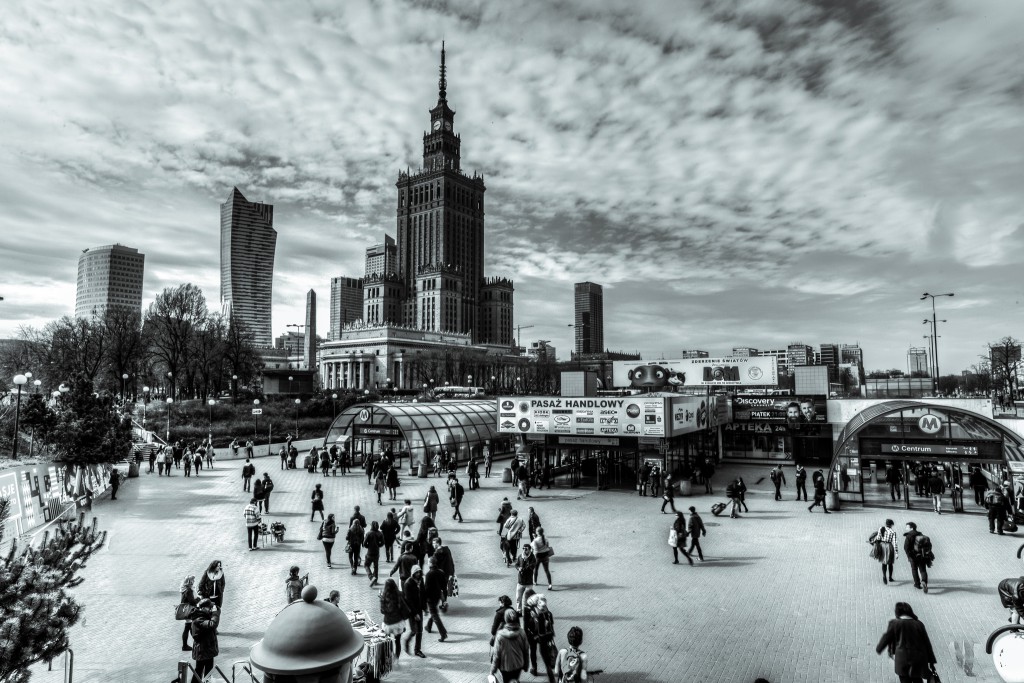 The furniture guy is there….

Going south from the centre a lot of the stations resemble underground hangars with vaulted ceilings. This is mirrored in the semi-circular roofs covering the escalators on the old line, which contrast markedly from the coloured M-shaped angles on the new line. The colours are nice, but if it wasn’t for the fact that the glass roofs on the old line constantly are dirty I think I might actually prefer them. 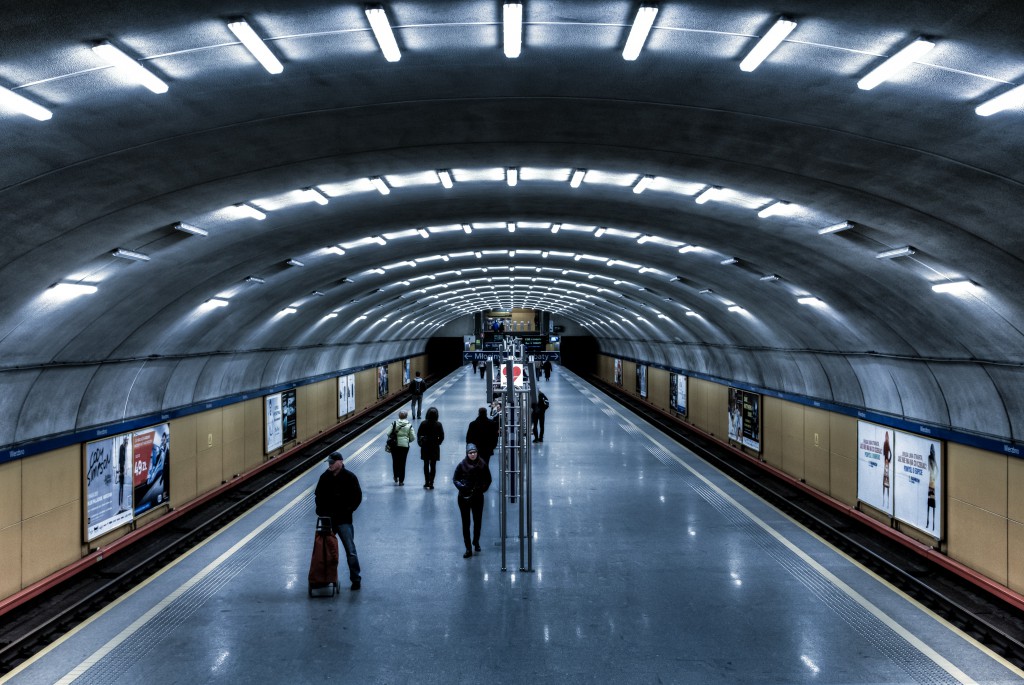 Not a very inviting design. 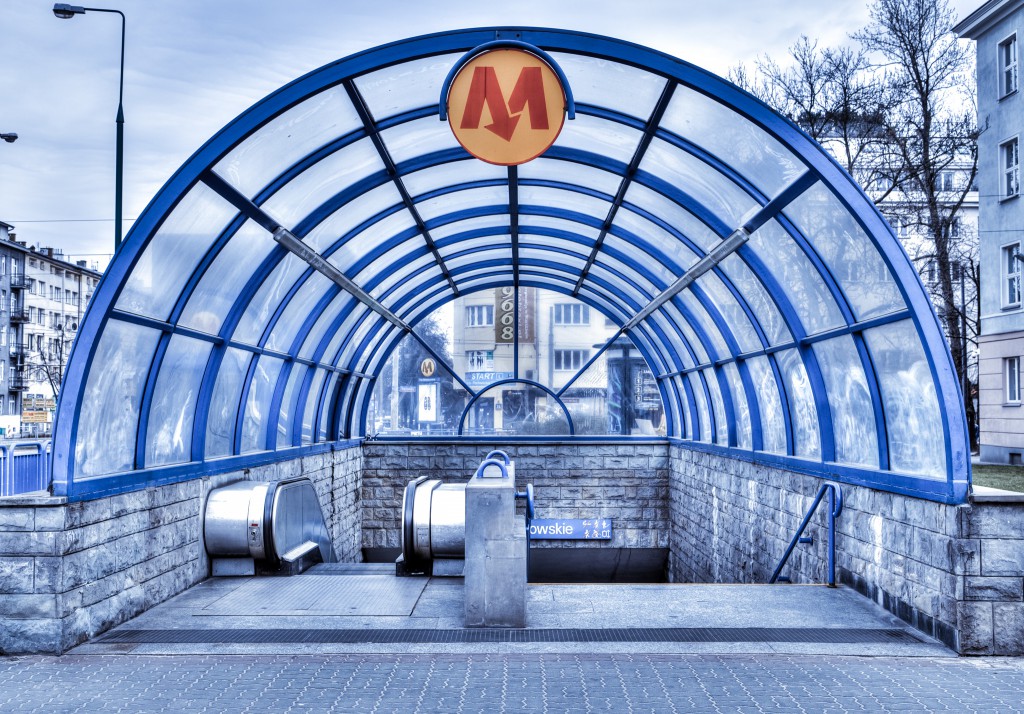 I think I like these better than the new ones.

In the late afternoon I finally reached Kabaty, the southern terminus. The last few stations on the old line were quite a struggle and I rushed through rather quickly, but all in all I think I managed to get a good glimpse of the variation of station design, and the lack thereof. Uniquely designing every station would of course make the journey through the system more enjoyable, but in the name of rationalisation this is what we get. It took long enough to build the damn thing anyway.

A gallery of the images can be found in an album in Google photos.

One thought on “The second metro line”