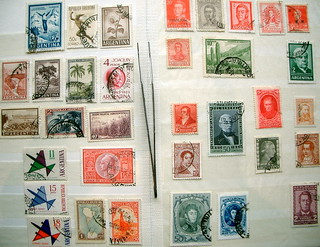 So, I’m officially a chemist… that’s a scary thought. Today the scientific council of our institute voted unanimously to award me the title doktor habilitowany, which is a sign of being an independent researcher. In Poland it is also a prerequisite for being allowed to supervise PhD students. But since our institute only has the right to confer degrees in chemistry, my habilitation is in chemistry. According to one of the greatest scientists of the last century, Ernest Rutherford, all science is either physics or stamp collection*. So… dr hab. MJN – stamp collector.

On the other hand, when Richard Compton visited our lab not long ago he said that since chemistry students nowadays have no clue about maths electrochemistry and physical chemistry will soon be a part of physics. So, there is maybe still hope for me. And if not, at least now I can try to live up to the typical image of a scientist.

* The irony of course being that Rutherford, the archetypal physicist got his Nobel prize in chemistry, to which he remarked “I must confess it was very unexpected and I am very startled at my metamorphosis into a chemist.”