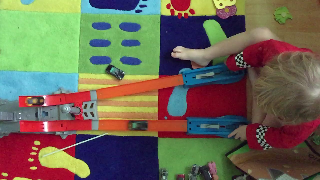 One of the coolest developments over the last few years is the integration of relatively good quality, high speed video recording in many consumer devices. Together with a free tracking program like Tracker one can do lots of really cool things that used to be possible only with professional equipment. I have used tracker for work occasionally, but it’s a lot of fun just to play around with.

As a small experiment I thought I’d test the acceleration of the catapults of my son’s Hot wheels catapult. Using an iPhone I took a video at 240 frames per second of the launch of two cars and imported the video into Tracker. The automatic tracking function had no problem of following the cars down the track. By measuring the length of one of the cars (72 mm) I could set the scale.

From Tracker we get the position as a function of time. Taking the derivative once gives the speed, and twice the acceleration of the cars. This can be done directly in Tracker. 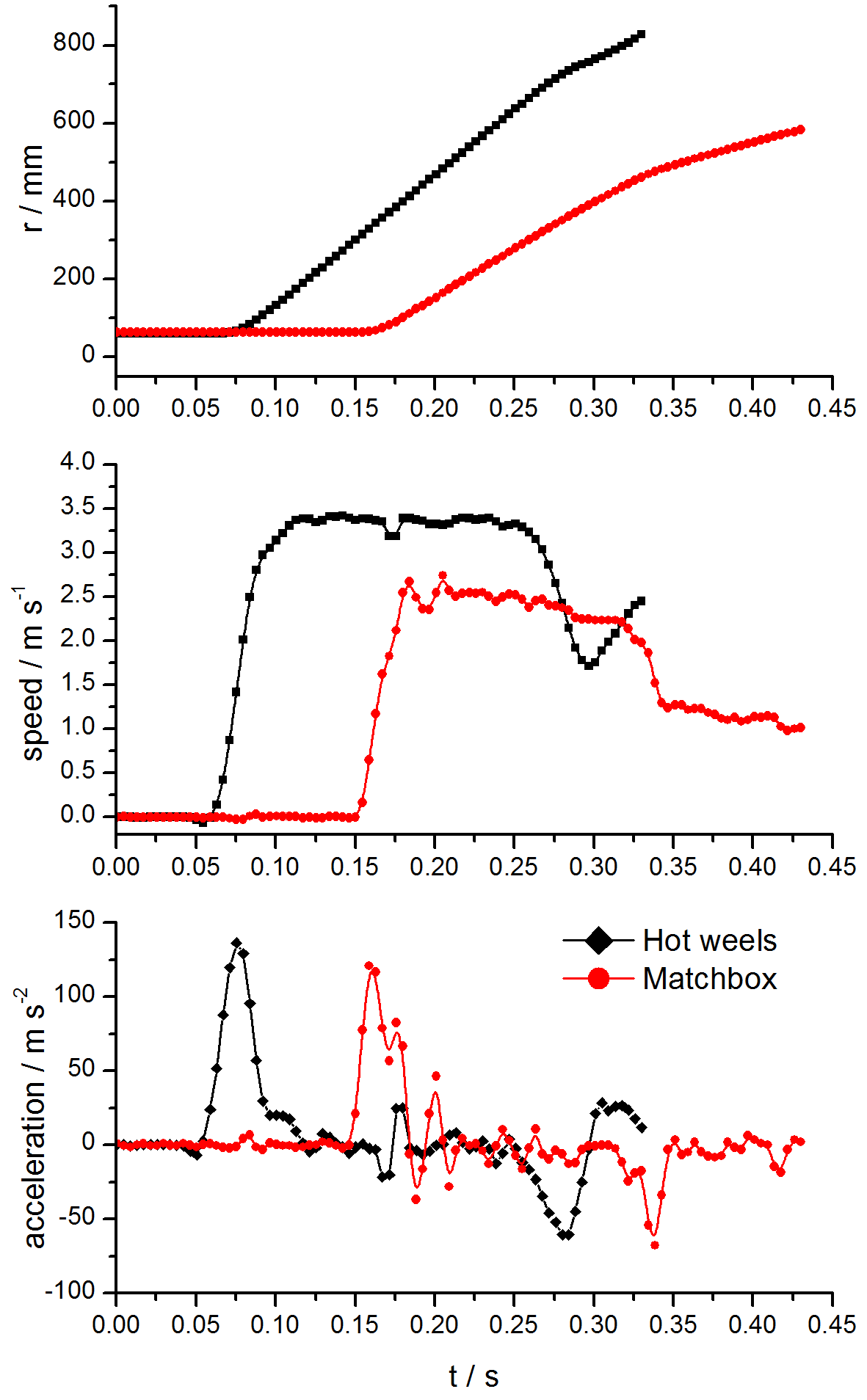 If the data is a bit noisy it can be better to export the data to a different program of your choice and clean up the data a bit. Which ever way, we get the data on the left. The top graph just shows the position of the cars along the track as a function of time. The black symbols show the data for the car on the upper track. This is a Hot wheels car that came with the track. The red symbols are data for the car on the lower track. A Matchbox Lamborghini that I used to play with as a child. This car is significantly heavier that the Hot wheels car. This gives a lower final speed.

From the second plot we see that the faster car reaches its maximum speed (about 3.5 m/s or 12.6 km/h) after only 50 milliseconds. That gives a maximum acceleration of almost 140 m/s2. That’s about 15 g’s. Quite a good kick, even if it lasts only for a very short time.

The combination of cheap, relatively high frame rate cameras and Tracker opens for a lot of interesting experiments. For inspiration, check out the Tracker master – Rhett Allain.