This wasn’t the way I wanted to start the new blog, but after a day of reading Polish newspapers and politicians proudly proclaiming solidarity with Charlie Hebdo I needed to comment. President Komorowski, Premier Kopacz, Speaker of the parliament Sikorski all stood defending “universal values” and “freedom of expression”. Gazeta Wyborcza ran a leader together with five other European newspaper accompanied by the phrase “Je suis Charlie”. Well, you’re not! 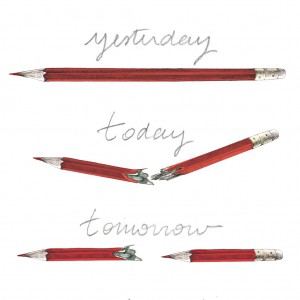 Maybe some of those politicians should take note of the fact the much of what Charlie Hebdo published is illegal in Poland. According the the infamous blasphemy law (§196 of the Criminal code) it is forbidden to “obraża[ć] uczucia religijne innych osób” (hurt another person’s religious feelings). Three years ago the singer Nergal was first sentenced for tearing up a bible at a concert (only to much later be freed on appeal because of the statute of limitations… something good about slow Polish courts). The artist Doda was sentenced to a 5000 zloty fine merely for saying in an interview that she didn’t believe in a book [the bible] written by some guys drinking wine and smoking herbs.

So Gazeta, if you are serious about “Je suis Charlie” maybe it’s time to actually push the borders of that law and really start defending freedom of expression. As Matt Welch writes in Reason:

Do a Google Image search on “Charlie Hebdo” and “Jesus,” and then ask yourself which media entity in this Culture-War-scarred country, with its stronger free-speech protections, would have the courage and latitude to blaspheme both major religions.

This is about the US, but try to poke too much fun of the catholic church here and you will be hunted down by the whole religious right.

And Sikorski, Kopacz, Komorowski: if you are serious about what you say, then start by working towards repealing the blasphemy law, the law against insulting the head of state* and other limitations to the freedom of speech.

Until then, no, you are not Charlie!

* A law that was actually used to detain protesters against a visit by Vladimir Putin to Poland.