Skip to content
Home » Blog » English » The most underappreciated science 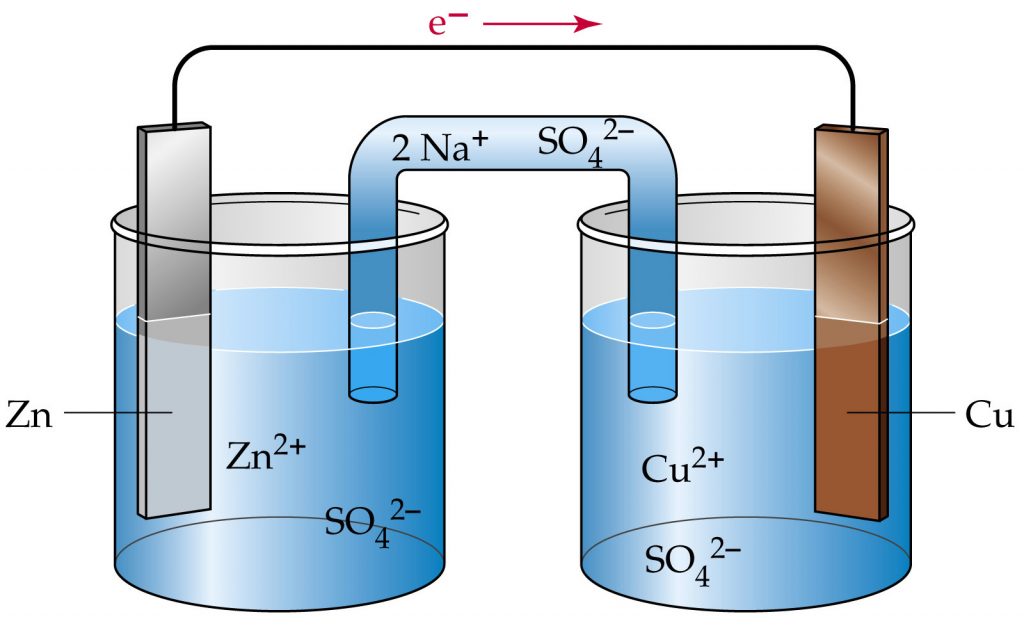 Google for electrochemistry and this is what you get.

Electrochemistry might very well be one of the most underappreciated disciplines of science out there. And I’m not saying that (only) because it’s my adopted field and no one seems to have any clue what it’s about. While electrochemistry might not be as sexy as astronomy or as spectacular as particle physics its practical importance is immense. But don’t take my word for it. Ask Steven Chu, Nobel Prize laurate and former U.S. Secretary of Energy under President Obama. In a lecture during the 232nd Meeting of the Electrochemical Society (ECS) he talked about how EC will help us to overcome our hunger for fossil fuels under the title. “The Role of Electrochemistry in our Transition to Sustainable Energy”. It’s a lecture well worth watching, not only for the electrochemistry, but also for a rare bit of optimism regarding a fossil-free future.

So, what is electrochemistry, and why is it so important? And why the hell does no one know about it? If you’d ask the proverbial person on the street about what EC is, they’d probably chase you off for wasting their time with stupid questions. If you calmed them down long enough, they might possible mumble something about batteries, before turning back to Facebook, unaware of the electrochemical revolution hidden inside a modern smartphone. And yet batteries are only one part of the electrochemical menagerie. To simplify a bit we can say that there are four main areas of electrochemistry:

Estimated cost for Li batteries. Even if the graph is from 2015 it is already wildly pessimistic. The prices have dropped far faster than the estimate. (B. Nykvist, M. Nilsson, Nat. Clim. Chang. 5 (2015) 329.)

The first group is what Chu is talking about in his lecture. Now that electric and fuel cell cars are hitting the market this group is helping us get away from the gas guzzlers. But the battery revolution doesn’t stop with cars, smartphones and laptops with ten-hour life. The fast development in battery technology has made them an interesting alternative for backup energy storage in intermittent energy sources such as wind and solar. At least on a local scale. Vast redox flow batteries can have capacities of more than 10 MWh (or about the electricity use of a home for a year) and they can easily be scaled to different needs. And none of these technologies is even close to reaching its maximum capacity. There are plenty of potential upgrades to increase the capabilities and drive down prices. 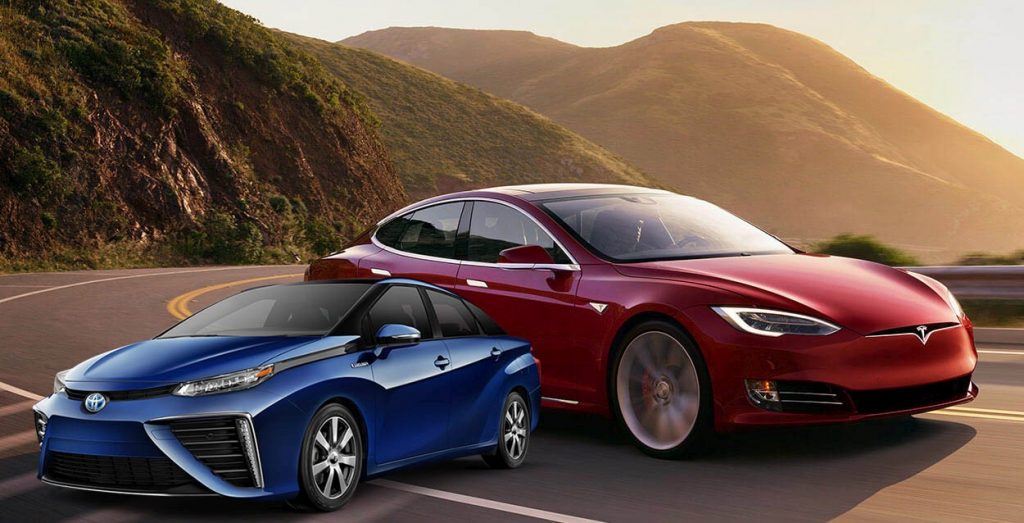 A Tesla electric car, and a Toyota Mirai fuel cell car.
Another view of electrochemistry.

Which brings us to solar power. Although dye-sensitised solar cells have not quite live up to their promise, huge strides are made in the lab, especially regarding perovskite cells. (DSSC’s is a relatively young technology. They are also known as Grätzel cells, after Michael Grätzel. And he is still an active researcher.) If successfully developed to work outside the lab (where things are a little more… messy) they can bring on a cheaper alternative to solar energy.

The second group – sensors – is the one I’m generally working in. This includes things like glucose sensors for diabetics, which is a huge market. Some 400 million people suffer from this disease and far above a million are killed every year. Incidentally, I recently co-wrote a review article about glucose sensing 1.  Then there are ion-selective sensors which are used in millions of standard blood-tests every day. Electrochemical sensors is a big business – even if many of the rather … fanciful sensors found in the literature never will see the light of day outside the lab.

Electrosynthesis is a relatively new area of interestes – one that c&en mentioned as one of their “research of the year” areas. Basically it’s chemical synthesis (stinky chemistry) using the flow of electrons to help with chemical reactions. Using electricity as a “reagent” can avoid many other problems and make synthesis more efficicent, less toxic – greener, if you will. But, really, chemical synthesis (whether electro- or not) is too far into “real” chemistry for this poor physicist to stray.

Then comes the fourth group! Corrosion. Most electrochemists I know, who are not working on corrosion themselves, find it a bit, well, boring. Too practical, too industrial, too … old. But it comes with costs! Some oft-cited studies put the direct cost of corrosion in an industrialised country as around 3% of GDP, with additional indirect costs at least as big. Even if these figures should be too high, this still easily adds up to well above a TRILLION (1012) dollars a year, dwarfing the other groups, combined! So, it’s no wonder that development of corrosion resistant materials, protections, etc. is an important task in electrochemistry. But as I said, most electrochemists2 seem to regard corrosion as a rather un-sexy topic on the margins of their interests. 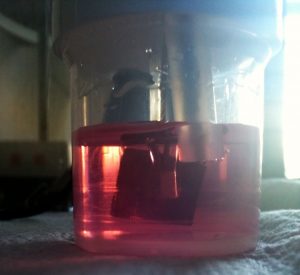 Electrochemical cell. Photo taken just as I had started working in a chemlab.

So why, if electrochemistry is so important, do we hear so little about it? Well, look at the top figure. This is what you get if you do an image search for “electrochemistry“. Compare that to googling “particle physics” or “condensed matter physics“3, or even “organic chemistry“. Electrochemistry has an image problem – even a typical experimental setup looks spectacularly unremarkable! Unfortunately, I don’t think there is so much we can do to change the visual appeal4, but as electric cars are going mainstream, I hope that we can channel some of that attention into an interest of the science involved as well. And hopefully a little beyond “scientists create new battery that can be charged really, really fast…”

PS. As I was writing this I listened to the Nature Backchat where Richard Van Noorden and Lauren Morello talked (start at ca 22:30 min) about how hard it is to write about Chemistry. I guess that goes double for electrochemistry.

2 thoughts on “The most underappreciated science”