Skip to content
Home » Blog » English » The cost of cycling

I cycle to work almost daily. Two reasons: I love riding bikes, and I really, really hate sitting in traffic jams. I’m not an extreme cyclist by any means, but my daily commute nets me between 3000 and 4000 km per year. I bought my present bicycle in 2008, and since then I’ve been writing down the distance I’ve cycled every day (Yes, I’m a bit damaged that way!), as well as every bit of money I’ve spent on the bike. Now that I just crossed 30000 km (30236 to be precise) I wanted to summarise all the cost of cycling these last years. These are costs only on the bike, and on service. It doesn’t include things like shoes, helmet etc. 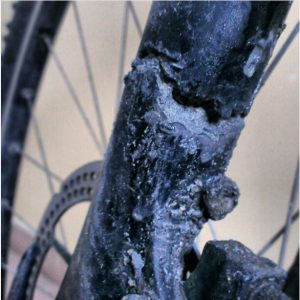 Not the ideal fork!

So, the bike itself cost 2890 PLN (688 €*) on discount in 2008. I was very happy with that price for a bike with complete Deore groupset. Since then I’ve spent an additional 6395 PLN on service and parts… That is, more than twice the original cost of the bike. This include 1200 PLN for a new fork after the original one had a sudden material failure and cracked while I was riding†. I also needed to change the crankset. Twice! I blame this on the ridiculous amounts of salt they heave out on the roads here in Warsaw in winter… and my laziness when it comes to cleaning it off. I also bought an unnecessarily expensive set of wheels to be able to change between thin and thicker tyres quickly. 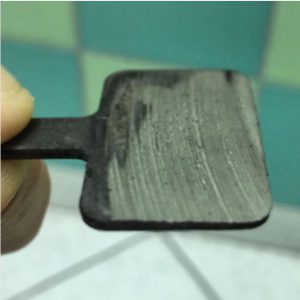 Proper consumables are the brakes and chain. I change brake pads about every 2500-3000 km (which sometimes is a bit late…), and chain and cassette about once per year.

So, all in all this adds up to 30.71 PLN/100km (7.31€/100km), which is more than I thought. It’s about the fuel cost for a small car – but not counting other costs, such as insurance, service, or the car itself. In any case, I thought the difference would be bigger. I still won’t change cycling for driving unless I really need to. Every time I take the car I swear to never do it again because of the damn traffic.

* The value of the EUR has fluctuated over time but I’ve used today’s value of 4.2 PLN for 1 EUR.
† Luckily it was a bit slippery that day, so I was riding slowly. At first I just noticed that the steering didn’t respond as it used to. Then I saw that one of the blades was completely severed. I continued riding to work, slowly and carefully, because I really didn’t feel like walking with the bike. That was probably quite stupid, but in retrospect it really was the best solution.