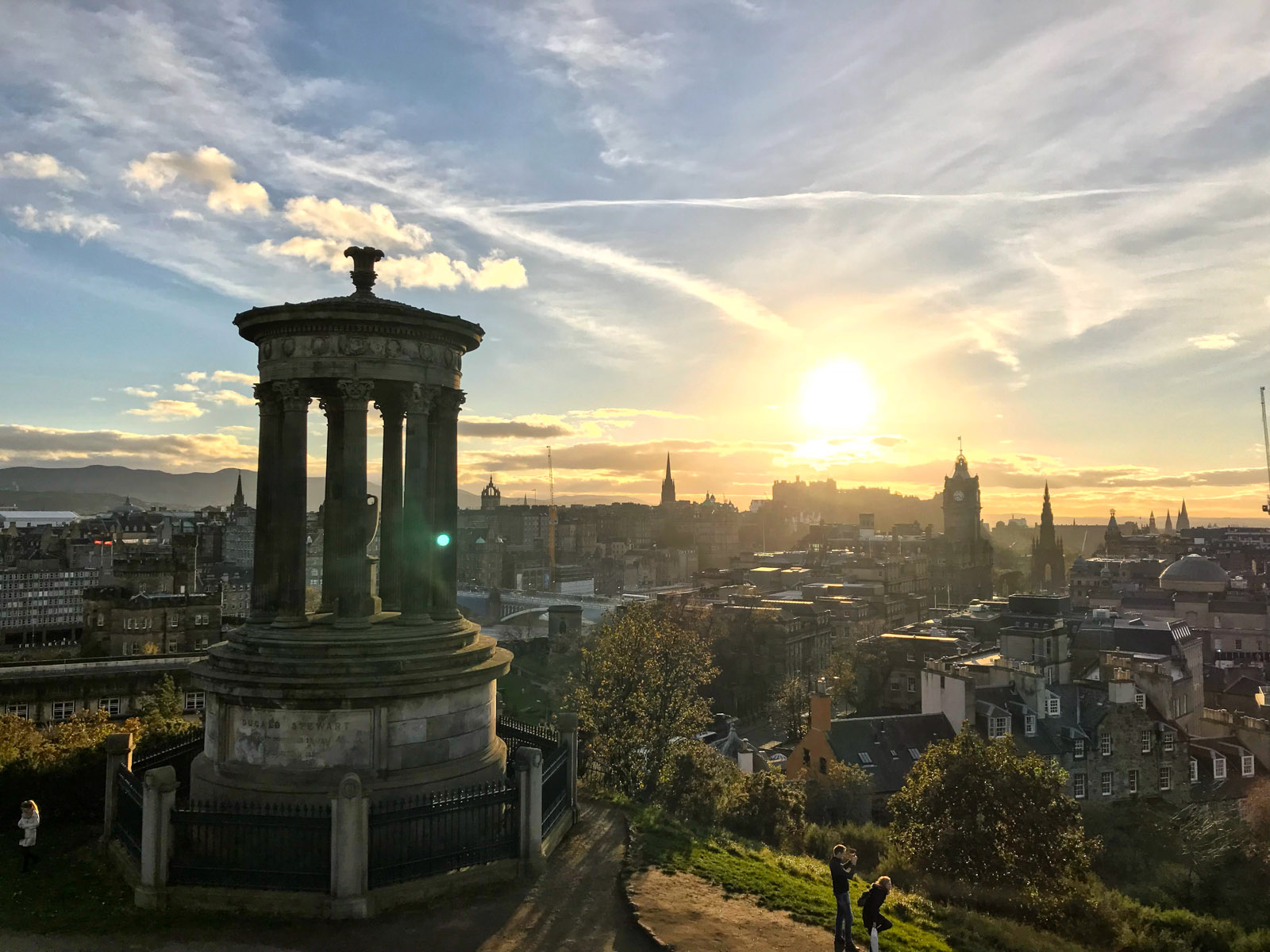 View towards the castle from Calton hill.

I visited Edinburgh last weekend to try some whisky and meet up with my old PhD-colleagues  Martin, Martin and Stina and our old supervisor. Edinburg is a very photogenic city, but there seem to be some pictures that are more or less mandatory – like the one above over the castle from Calton hill. I’ve been to Edinburgh before, and when I came home and looked through my album I saw some pictures that were virtually identical to those taken several years earlier. 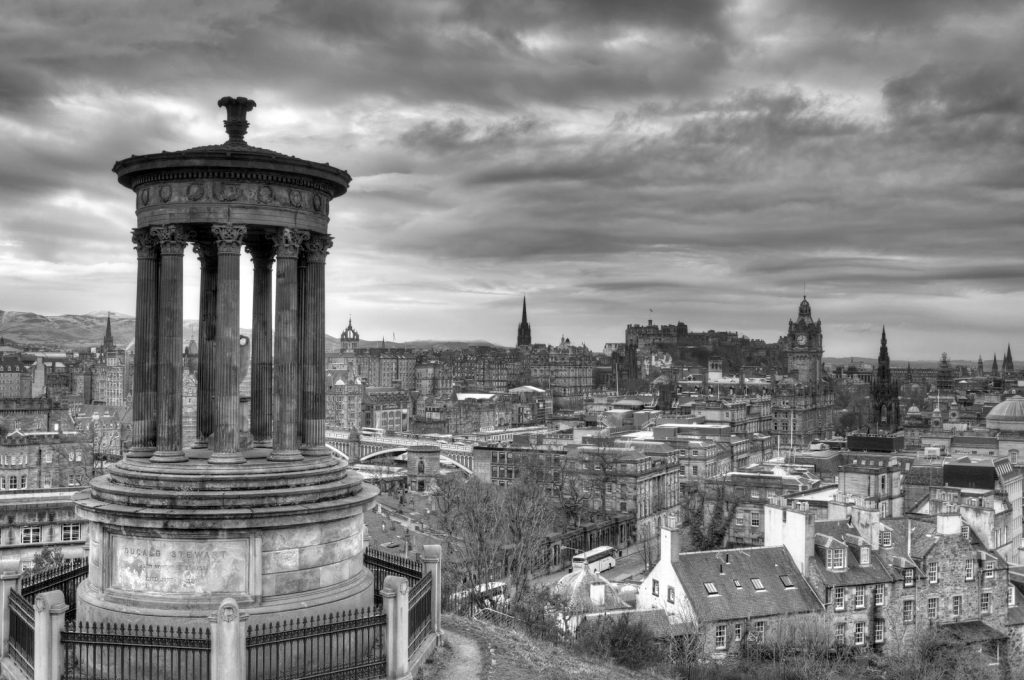 The picture at the top was taken with my mobile phone using the automatic HDR mode in the rather harsh backlight, while the older picture was with a Canon 5D and manually tonemapped during a period when I was really into HDR-images.  On the bleak and cold January day in 2012 the clouds were much more dramatic in black and white than the unusually warm and sunny day last week.

Another set of pictures that are quite similar is the couple below from Greyfriars Kirkyard. Without remembering it i opted for making the pictures monochrome in both versions. Since the sandstone in Edinburgh is relatively grey anyway, I guess I just felt it fitted better that way. 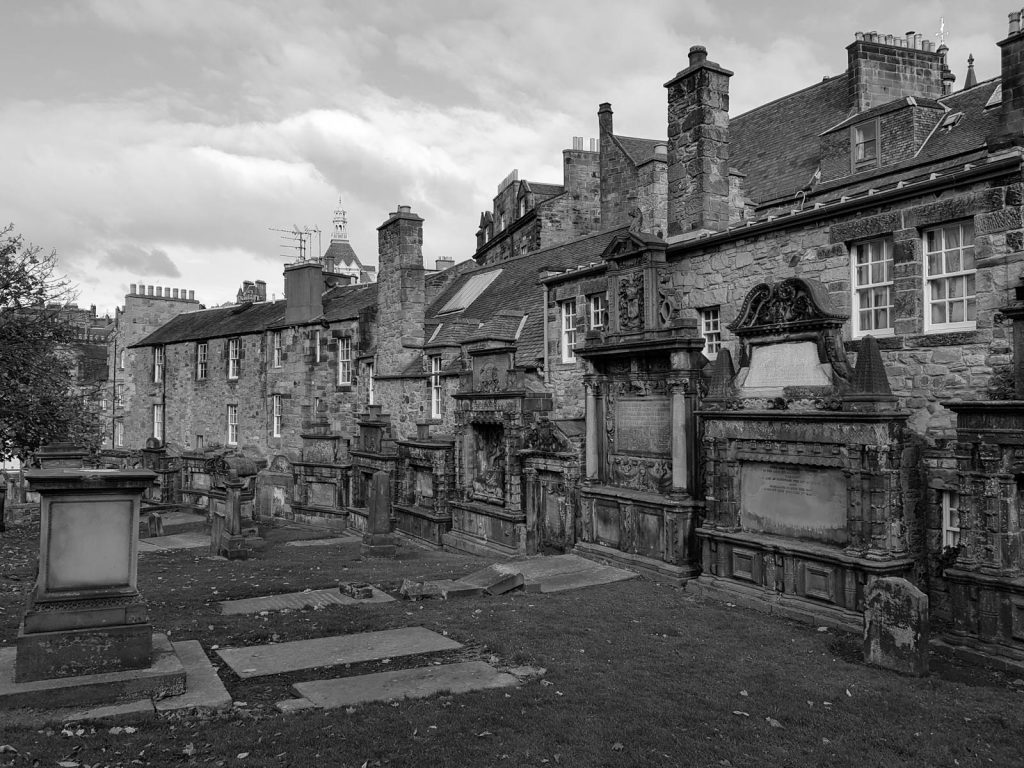 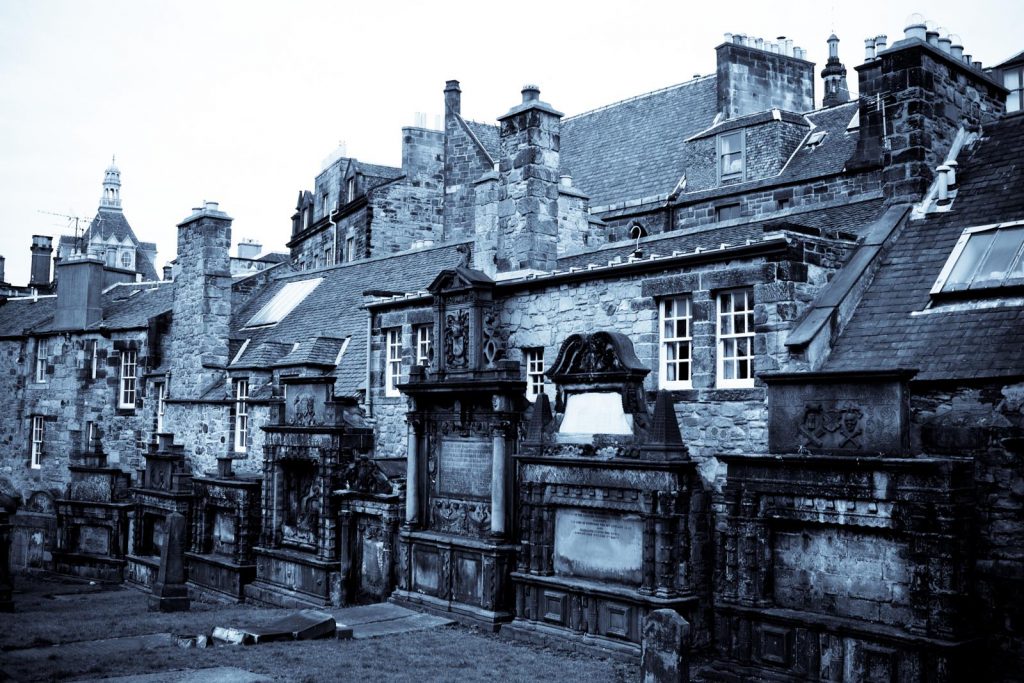 One interesting thing we saw this time was the light from Mossmorran ethylene plant in Fife across the Firth of Forth from Edinburgh. Due to a close-down of the plant emergency flaring went on during the weekend, illuminating the night sky in eerie red. “It looks like Mount Doom”, one of the Martins commented. 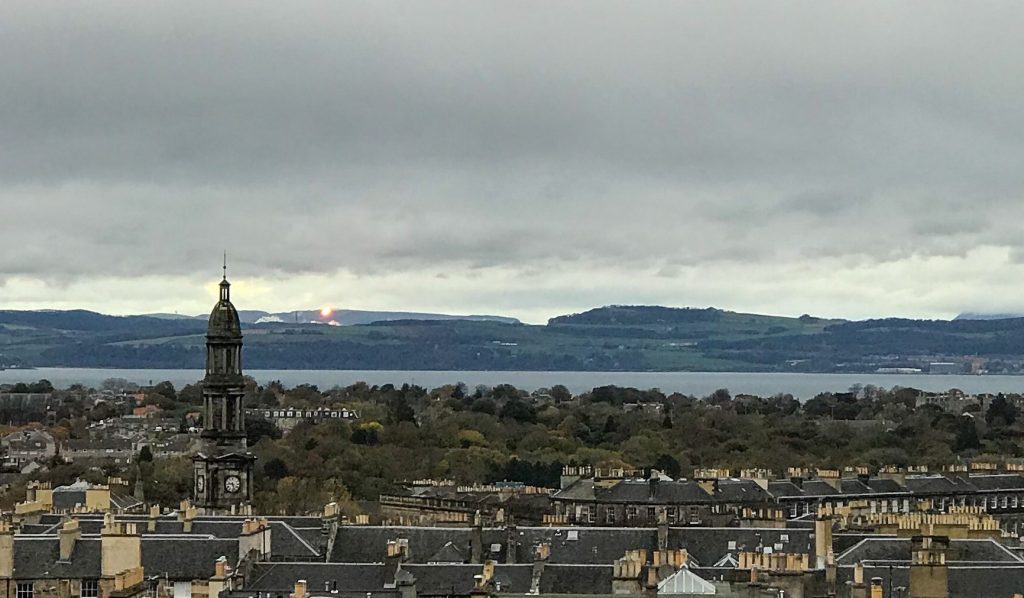 Rooftops towards the Firth of Forth. The flare is clearly seen in the background. 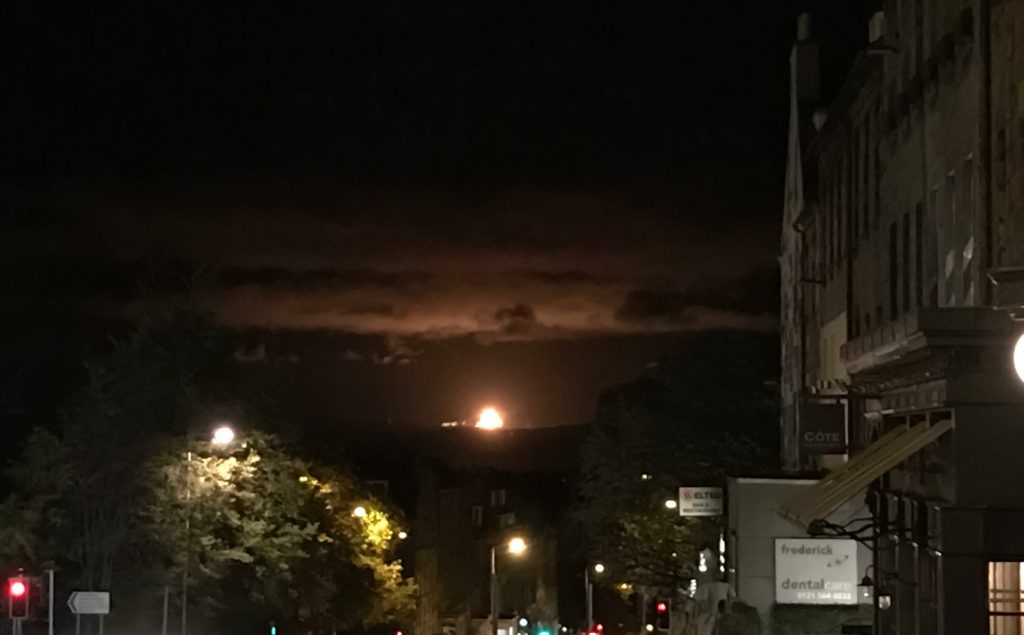 The flare at night.

Stirling castle and the Wallace monument.

We also rented a car to see Stirling castle and Deanston distillery. I thought I was reasonably good at English, but damn, that does not include Scottish accents. I could maybe understand half of what the guide at the castle was talking about…

Maybe an idea for the ceiling at home

The river Teith outside Deanston distillery.

I warms an old physicist’s heart to see Maxwells equations on a plaque.

The the Scottish Whisky Society

Love this in St Giles’ cathedral

We didn’t only have whisky.

BONUS. An old image from Arthur’s seat. We didn’t go there this time.