Skip to content
Home » Blog » English » Too many generals? 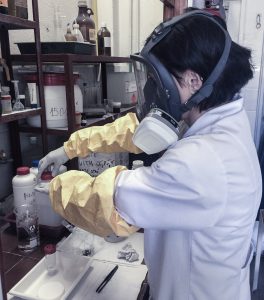 Who is actually doing most of the work in a science lab?
In my lab, I can say for sure that it ain’t me. I have a goal to be able to spend at least one day a week in the lab to avoid having the students installing professor’s buttons* on the equipment. In most of the places where I have worked a fair share is borne by the PhD-students. However, they work for a few years, finish their theses and are off. Or don’t finish and are off… Similar story with post-docs; they come in, work hard for a year, maybe two or even three. But then they too are off.

It is gold worth to have a good senior scientist in the lab, who knows the equipment, can help the students out, and doesn’t have to spend most of their days with paperwork and administration. However, the academic system, and especially here in Poland is very much built towards “continue upwards or get out”. After PhD and postdoc(s), when you finally manage to land a (semi-)permanent position as adiunkt the clock starts ticking. You have eight years to finish your habilitation, which is meant to show that you are now an independent researcher that can supervise PhD students and run your own projects. If you don’t pass… Well, then you’re no longer and adiunkt, but an asystent, technik, chemik or some other such position. Nothing bad with that, really. Many very clever and able scientist are not suitable for leading projects and taking responsibility for students. They are maybe “just” damn good in the lab.The kind of people who make magic happen, rescue doomed projects and do the hard experiments that get you into good journals. Some of the best scientist I’ve worked with belong to this “failed” category.

At our institute, a rule has been introduced (or maybe it existed before, but was neglected and is now outspoken) that these non-habilitants should be treated as failed researchers†. We are supposed to decrease the number of such people and those that are can no longer expect any increases in salary. This means that a scientist with 15, 20 years of experience frequently earns less that phd-students. And they don’t earn much. So, basically what this policy means is that (with the exception for PhD-students) there is basically room for two types of people in the institute – professors, and those on the way to become professors. Honestly, if everyone’s a group-leader, with all the bloody paperwork that involves, who the hell will be there in the lab keeping things running?

An army of generals never conquered anything.

* My PhD supervisor, Eleanor, liked to tell the story about such a button on the equipment in one of the labs where she worked as a young researcher. The old professor, who no longer did any lab-work, used to come in from time to time to adjust the setting on the apparatus, just to show that he still could. Of course he used to make a mess of things, so the students added a knob to the set-up that did nothing – the professor’s button.

† Except for a select few that take care of specialised equipment such as the SEM and similar. They are highly regarded “technicians”.